F&H Kawasaki Racing Team’s Kevin Horgmo secured fourth place in the FIM World MX2 Motocross Championship in the final round of the series at Afyonkarahisar in Turkey.

The Norwegian immediately found a better rhythm than the previous day to advance into the top-ten from a thirteenth-placed start in race one before a small error on lap four pushed him back to thirteenth again. Regrouping quickly he was back to tenth within two laps and advanced to his eventual ninth five laps from the finish. He again showed good race pace in the second moto to quickly move into eighth before a slip pushed him back to fifteenth. Quickly regaining his composure he again captured ninth four laps from the end to be classified ninth overall. More significantly his efforts ensured fourth place in the final series standings in his first full season of GP racing with Kawasaki. 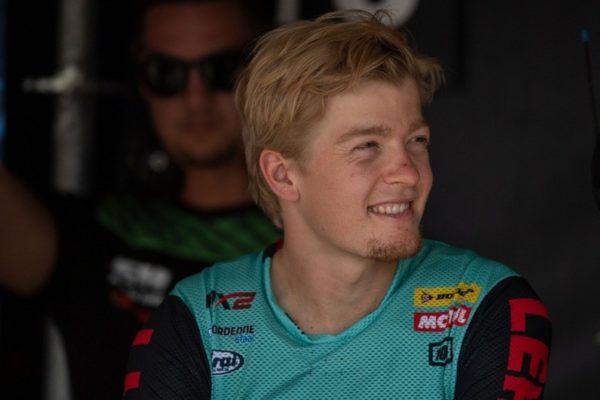 Kevin Horgmo: “It was a tough day and I’m a little disappointed about my results but let’s look at the positives; we can be happy with our fourth place in the championship and I had some good speed in the motos, just bad starts and a couple of falls so I couldn’t make it happen. Now I’m looking forward to the Nations; it will be my first time in America so for sure it will be a good experience and I hope Team Norway can do well.”