F&H Kawasaki Racing Team’s Kevin Horgmo had never previously raced at the Intu Xanadu facility on the outskirts of Madrid but quickly showed his liking for the heavily-rutted track. Already extremely impressive during Qualifying as he earns fourth choice of start-gate the Norwegian muscled his way quickly from a fifth-placed start to move third on the second lap of the first GP moto and made a further dramatic pass one lap later for second. He soon moved clear of all chasers and appeared secure in that position but a momentary loss of concentration on lap eight of eighteen saw him slide out in a turn, the twelve-second delay dropping him momentarily to fifth; he quickly surged back to fourth but was not quite able to regain his top-three ranking at the finish. A GP podium looked possible after another top-six start in race two but a collision on the opening lap left him last and two falls after he was on the verge of breaking back into the top-ten restricted him to thirteenth at the finish. Ninth overall on the day, he has retained his fifth-placed world ranking and has extended his advantage over the chasers.

Kevin Horgmo: “I had a good start in the first race and was riding in second for a long time; it cost me a couple of places when I lost the front end but I was riding well so I was happy was that and felt good going into moto two. I was keen to move quickly from sixth but I collided with another rider near the end of the first lap and had to restart at the back. I crashed twice more; I didn’t have the flow after that and just tried to collect as many points as possible. I’m looking forward to Ernée next weekend. I have good memories as I won the 125 class last time I raced there in 2017. “ 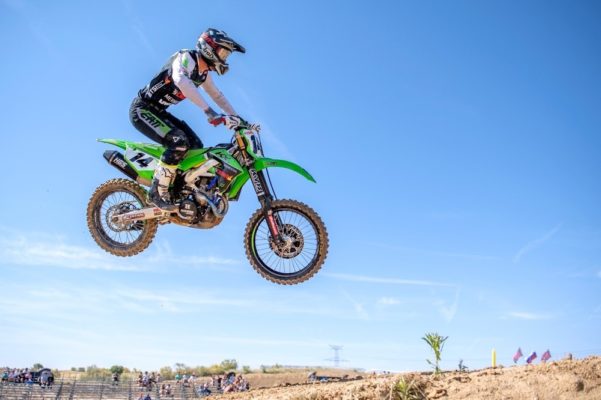 Jed Beaton, F&H’s rider in the MXGP class, showed good speed on his return to racing after an injury lay-off but was unfortunate in both moto. The Australian finished fourteenth in the first moto after a first-lap mid-pack collision had caused him to ride through the pack; in race two he held a strong fourteenth position until an incident mid-race cost him three positions.