Top-grade preparation by the highly-experienced MC Ernée crew saw the track in superb condition for the first MX2 moto and the F&H KX250 hooked up perfectly out of the start to grab an immediate lead which he held for three-and-a-half laps before the championship leader sneaked under the Norwegian but could not escape. A four-rider lead-train enthralled the massive crowd as Horgmo retained second place for a further three laps until a momentary loss of traction on the trickiest climb of the track saw him pushed back to fourth, a placing he maintained without stress to the chequered flag. He was again prominent through the first turn in race two but a couple of poor line-choices through the next two turns pushed back to eighth. Undeterred by the temporary setback he coolly set to work and was back into the top-five within ten minutes, fourth by half-distance and spent the final quarter pressurising the eventual GP winner for third in moto; a pass would have secured the podium but the Kawasaki came up less than two seconds short for his second fourth-placed moto finish of the day. This secured fourth overall on the day and sees him advance to fourth in the series standings. 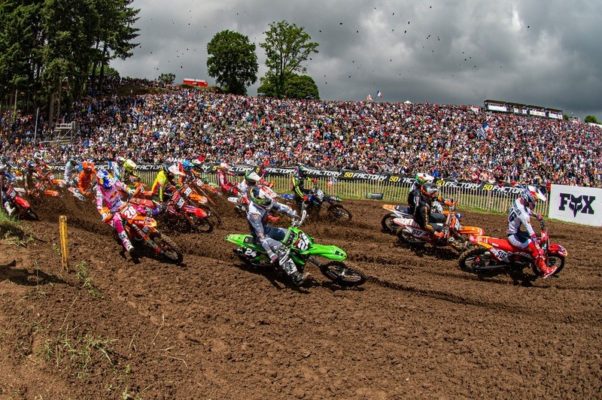 Kevin Horgmo: “It was nice to lead again; I was second at the start and could make the pass already at the next turn to lead for three laps, but then I made a couple of mistakes with line-choice and dropped back to fourth. Once I settled again I put in some solid laps and was happy with my speed. I made another good start behind Vialle in the second race but I messed up in the first few turns and dropped back to eighth. I put in some really good laps to come back to fourth; I came close to Vialle and would have been on the podium if I could have passed him. Still, fourth overall was good so I can be satisfied; that was one of my best races this year. The bike was working really well in the tricky conditions; there were a lot of lines out there so it was possible to make a difference if you wanted it enough.“

Jed Beaton made a superb start in the first moto to run a solid sixth for more than half of the race before the effects of his recent injury lay-off forced him to slacken his pace slightly; he continued to race top-ten until a late error dropped the Australian to thirteenth. Eleventh on the opening lap of race two he posted a succession of solid laps to move into the top-ten mid-moto but the deficit of recent bike-time again took its toll in the closing laps and he finished thirteenth once more for the same position overall on the day. He remains seventeenth in the series points standings. 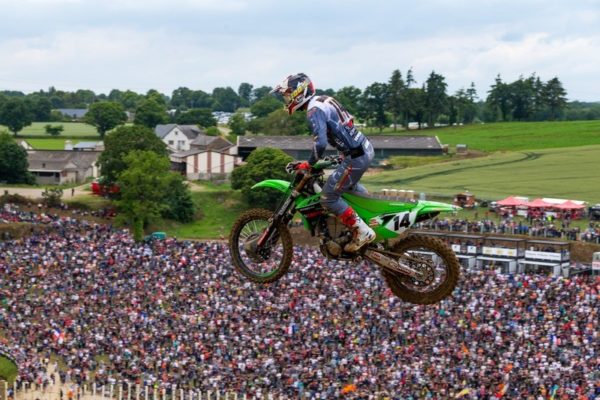 Jed Beaton: “I started off good for twenty-five minutes both motos but the last ten minutes were difficult each time. I missed a couple of GPs with my shoulder and it showed as I’m still lacking race fitness.  But it was another step in the right direction; I’m showing at the start of the race what I can do and now I have to build fitness back up to take it to the end of the moto.“