The historic track of Erneé, located in the north of France, welcomed all the three riders of the Fantic Factory Team Maddii, who starred in the EMX125, EMX250 and MXGP.

Cas Valk was phenomenal on the hard pack ground of the French track, where he set the fastest time of his group, while Alexis Fueri was the second best of his group.
A few minutes before the start of the EMX125 opening race, the French circuit was hit by a strong rainstorm which affected track conditions. Cas and Alexis were stunning as they did not make any mistake. The duo was wise at the start; race pace and strategies of both riders were solid and ideal. Valk took the lead after the first laps, followed by teammate. Alexis took the lead before the end of the race, but with two laps to go he had to pass it over to Valk who won the moto followed by Fueri in second place. 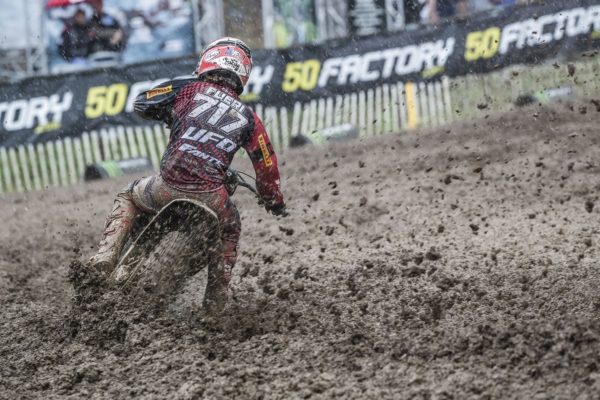 The riders of the EMX125 were the first to get to the track on Sunday morning and faced a track which was not perfect yet. Cas and Alexis pulled away at the start but tried to avoid mistakes and after the first corner were third and fourth respectively. Valk’s performance was very rewarding and allowed him to reach the second spot. Fueri struggled to find the matching race pace with his teammate’s one and classified fourth.
Thanks to both results Cas Valk won the GP of France and strengthened his position in the Championship standings. Fueri deserved the third step of the podium. 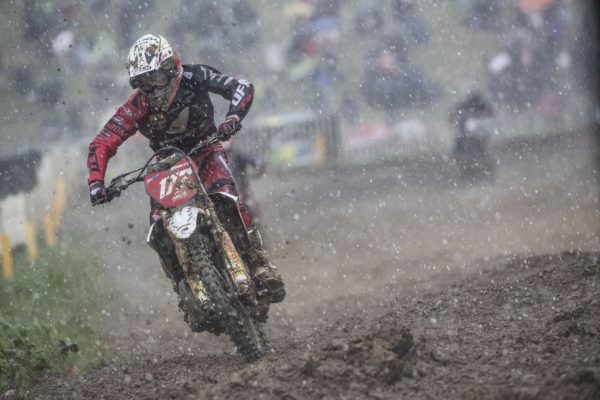 Cornelius Tondel was the star of the EMX250 where he took the pole position. Hakon Osterhagen could not find the right feeling with the track of Erneé and had to feel happy with the 12th spot.
Tondel’s start was solid and he took the second position after the first corner. After spending three laps studying his rival, to attack and overcome him, Cornelius pulled away and opened a gap on him. For most of the race it seemed like the strong Norwegian rider could handle his advantage but with a few laps to go he crashed spectacularly and started again, still detaining the first spot, but slipped again and this time lost several positions eventually classifying nineth. Osterhagen crashed too at the start of the race and classified at the end of the pack. 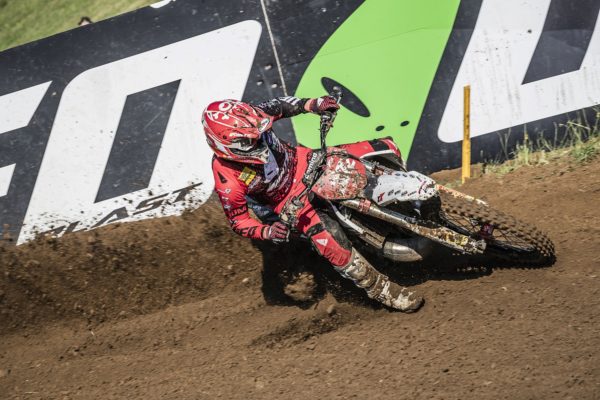 In Race2 Hakon Osterhagen conquered the first position and was followed by Tondel. After the second lap Cornelius took the lead and won the moto. Osterhagen classified fourth.
Tondel classified second overall and lost the Championship leadership just for one point. 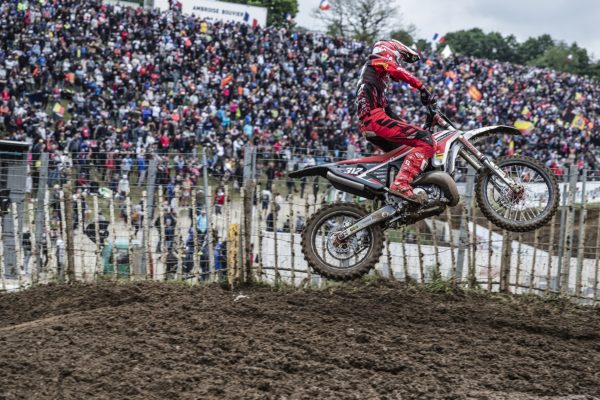 Nicholas Lapucci got quickly used to the features of the French track and set great times in the morning practice. Nicholas set the 19th best time in the qualifying, just one second away from those in the top ten.
As the conditions of the track were not ideal, some riders decided not to take part in the qualifying. Nicholas Lapucci lined up at the start and took the hole shot. For most of the race Nicholas kept many veteran riders behind him and led his 450cc machinery to an excellent sixth place.
At the start of Race1, Nicholas pulled away as the starting gate went down but unfortunately, he lost several positions after a contact with a rival. Nicholas’ race was solid and ended up with the 20th place.
Nicholas starred also at the start of Race2 where he raced close to the MXGP top riders. Even if Lapucci tried to keep up to speed with them, his physical conditions are not perfect yet and ended up 16th. 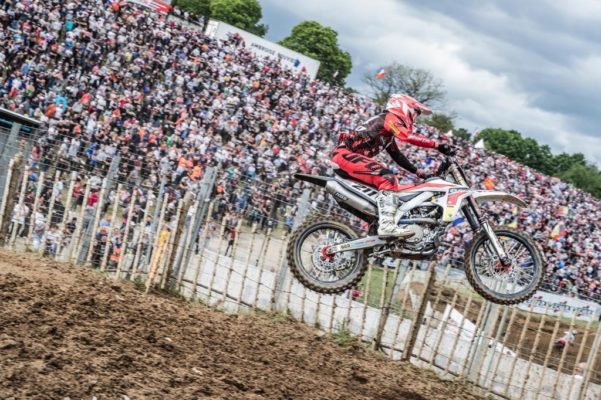