It was extremely hot in Lommel and this made the circumstances tough for the riders. Brent van Doninck became ill on Friday and didn’t knew how deep he could go physical wise. Despite this he gave everything in both motos and fought till the end. 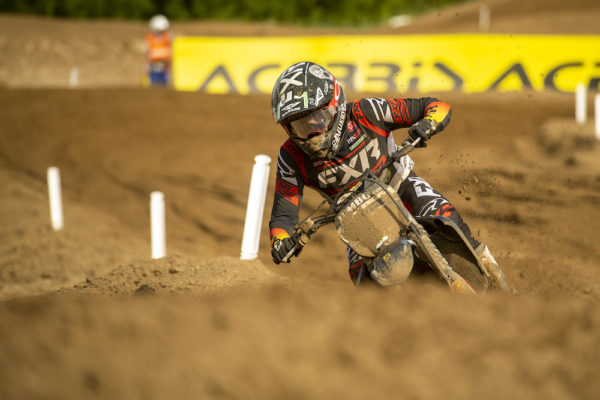 In the opening moto he started inside off the top fifteen but in the second corner he was pushed off the track and lost around ten positions. From outside of the top twenty he came all the way back to twelfth position in the first moto.

Brent took a better start in the second moto and worked his way up inside of the top ten. Due to a crash he dropped all the way back to fourteenth place. Brent came back strong and managed to make a few passes stick to finally finish the race in eighth position.

With these results he finished in ninth position overall and sits in sixteenth position in the championship standings. 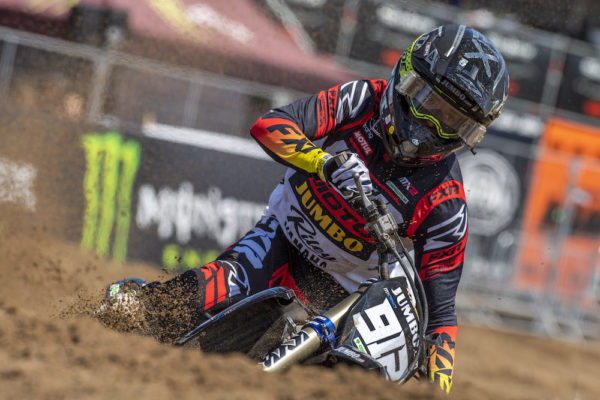 Joel Rizzi has made a step in the right direction. He had a good pace in practice and managed to post the ninth fastest time in time practice. In the opening moto he was riding just outside of the top ten for the entire race and finished in a strong eleventh position. In the second moto he was riding inside of the points for a long time but lost two positions in the closing stages of the race and finished in 22nd.