The Norwegian momentarily lost drive in soft dirt halfway down the start straight in race one but clever line-choice on the inside of turn one and the outside of turn two already pulled him back into the top-six and another decisive move on the opening lap saw him advance to fifth as he joined the front-four in out-distancing the field. He maintained the pressure on the riders ahead and that pressure paid off on the penultimate lap as he forced the rider ahead into a mistake to take a comfortable fourth at the finish. A clean run through the opening turns saw Horgmo quickly into fifth in race two and he made a further smart pass on the opening lap to advance to fourth. He had third in his sights for most of the race but a loss of momentum three laps from the end saw him surrender one position in the moto to take the chequered flag fifth. This did not affect his overall placing and fourth on the day further consolidated the same position in the championship points chase going into the final third of the series.

Kevin Horgmo: “Neither start worked out as I would have wished but we managed to get up there with some good work through the first few turns. The first race was really solid in fourth and I was fourth again almost all of the second moto but I was starting to make mistakes near the end after two tough races. But overall it was a big advance from the difficulties we had yesterday and the podium was close. I just need to work for that; two holeshots next weekend in Lommel would be nice. “

F&H Kawasaki Racing Team’s Jed Beaton looked strong in the first ten minutes of the opening moto as he moved forward decisively from outside the points-scoring positions to sixteenth before broken spokes, the result of contact with another bike, in the front wheel forced him out of the race. Determined to erase the disappointment he made several spectacular passes to advance from tenth to seventh within two laps and maintained that position, within sight of the top-six, for half the moto before succumbing to chasers in the closing stages to finish tenth. He remains seventeenth in the championship standings. 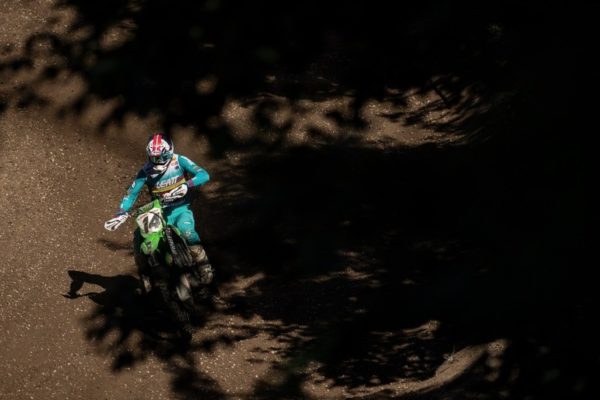 Jed Beaton: “The first race was just a problem when the wheel was broken; I’d been making passes and was battling for fifteenth-sixteenth so the feeling was already good and the second moto was the best I’ve had for some time. I know I can do it; I just needed that one race for the confidence. It could have been even better if the race fitness had been there but it’s been a tough year coming back from the injury and the last three laps I was pretty done from the heat. But it’s a step in the right direction and I’m looking forward to keeping it up. Lommel’s always tough but it’s the same for everyone, I’ve done a lot of riding in the sand and I’m starting to come back to fitness. “